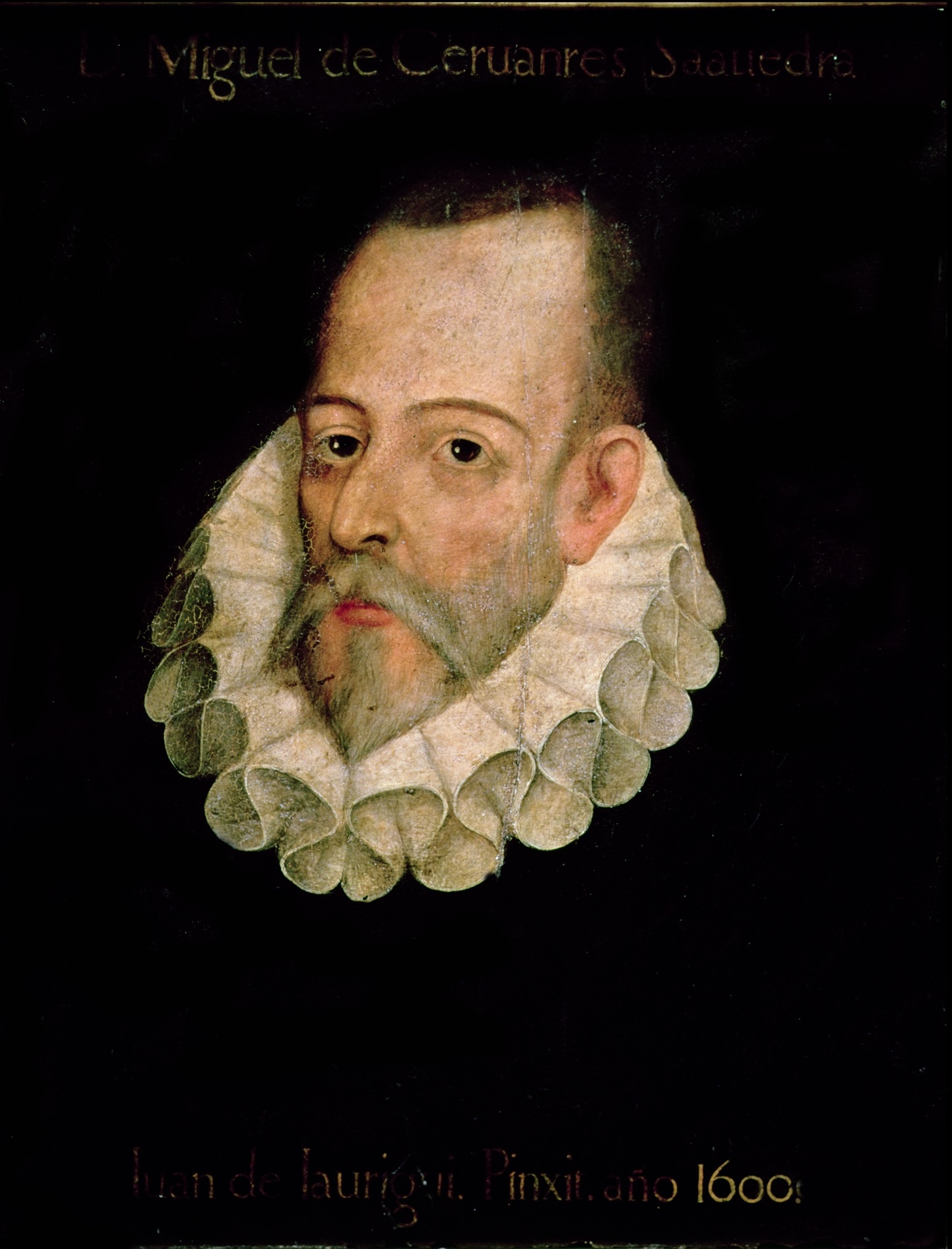 Miguel de Cervantes Saavedra (; 29 September 1547 (assumed) – 22 April 1616 NS) was an Early Modern Spanish writer widely regarded as the greatest writer in the Spanish language and one of the world's pre-eminent novelists. He is best known for his novel ''Don Quixote'', a work often cited as both the first modern novel and "the first great novel of world literature". A 2002 poll of around 100 well-known authors voted it the "most meaningful book of all time", from among the "best and most central works in world literature".

Much of his life was spent in poverty and obscurity, which led to many of his early works being lost. Despite this, his influence and literary contribution are reflected by the fact that Spanish is often referred to as "the language of Cervantes".

In 1569, Cervantes was forced to leave Spain and move to Rome, where he worked in the household of a cardinal. In 1570, he enlisted in a Spanish Navy infantry regiment, and was badly wounded at the Battle of Lepanto in October 1571. He served as a soldier until 1575, when he was captured by Barbary pirates; after five years in captivity, he was ransomed, and returned to Madrid.

His first significant novel, titled ''La Galatea'', was published in 1585, but he continued to work as a purchasing agent, and later as government tax collector. Part One of ''Don Quixote'' was published in 1605, and Part Two in 1615. Other works include the 12 ''Novelas ejemplares'' (''Exemplary Novels''); a long poem, the ''Viaje del Parnaso'' (''Journey to Parnassus''); and ''Ocho comedias y ocho entremeses'' (''Eight Plays and Eight Interludes''). ''Los trabajos de Persiles y Sigismunda'' (''The Travails of Persiles and Sigismunda''), was published posthumously in 1616. Provided by Wikipedia
Showing 1 - 2 of 2 for search: 'Cervantes Saavedra, Miguel de, 1547-1616', query time: 0.04s
List  Tabulka
Search Tools: Get RSS Feed — Email this Search —
Loading...